Woodlands–in fact, the most extensive covering of native forest remaining in Ireland–bogs, lakes, and mountains combine in Killarney National Park’s more than 25,000 acres to create a natural wonderland. Located in County Kerry, it is home to the country’s only native herd of red deer. We stopped our drive along a portion of the Ring of Kerry and snapped a photo from “Ladies’ View” before moving on to Ross Castle.

Constructed by the O’Donaghue clan, Ross Castle is a typical example of the stronghold of an Irish Chieftain during the Middle Ages. For almost 100 years, beginning in the 15th century, this bastion afforded protection until it yielded during the Cromwellian Wars.

Our timing was off to take a guided tour, but the visitor’s center had a detailed exhibition. One pointer (again with the puns) we picked up concerned swords and spiral staircases. Built in a clockwise direction, the center structure of the spiral would prevent attackers ascending with a weapon in their right hand from having free swing. Conversely, defenders descending with swords swinging from the outer and more open part of the staircase had an advantage. I’ll remember that next time I attempt to overtake a castle.

Next stop: Muckross Abbey, a Franciscan friary founded in 1448. Legend has it the  yew tree in the central court is as old as the Abbey itself. 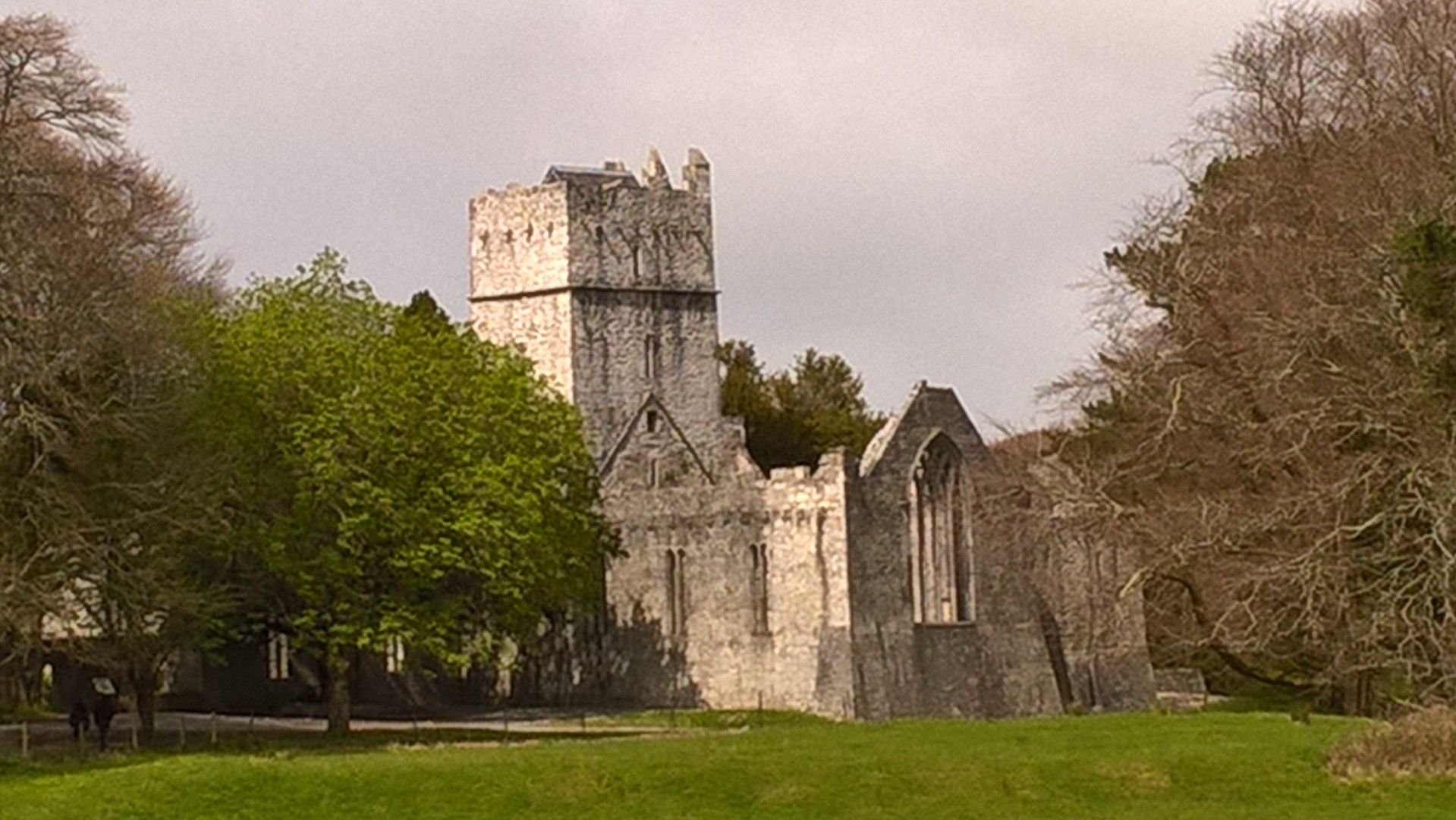 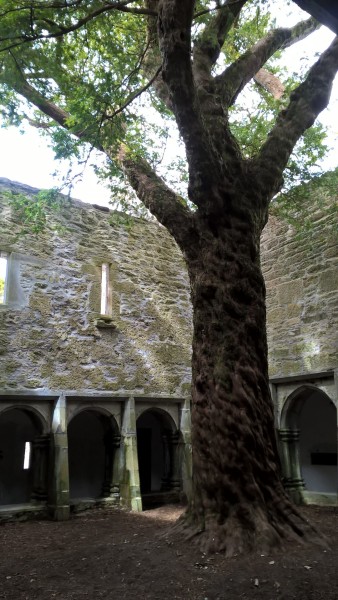 A short drive away is Muckross House, a 65-room Tudor-style mansion designed by Scottish architect Williams Burn. Built in 1843 for Parliament Member Henry Arthur Herbert and his wife, painter Mary Balfour Herbert, it is now owned by the Irish government.

Mindful of the time, once again we opted not to take a guided tour, but chatted instead with the personable woman manning the gift shop. We purchased a souvenir book. There we saw photos of the interior of Muckross House.

The pictures below are of rooms in which Queen Victoria and Prince Albert stayed in 1861. (Photo credit, Muckross House: Killarney National Park.) 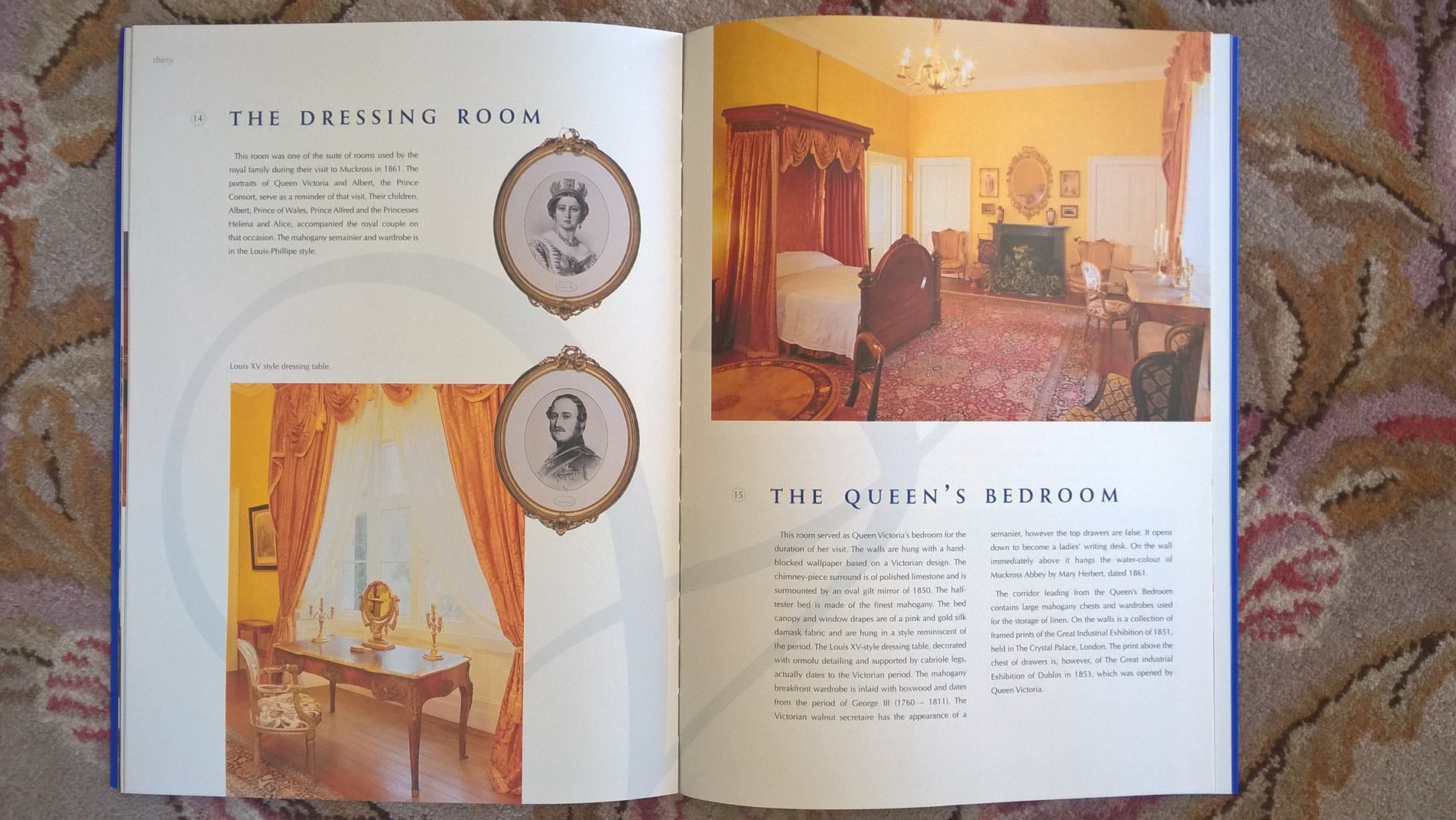 We had a distance to drive along the Ring of Kerry, heading back to Waterfalls Farm House, where we would spend the night again. Needing sustenance, we decided on the obvious. Chocolate.

Notes From A Movable Marriage